Be Your Best Ever Self: Sonny Side

Published On: June 22, 2021By Carlos Mindanao
Previous
Next

Many inspiring stories can use a touch of humor. At that, Sonny Side changed the Travel Youtube game.

William Sonbuchner, a.k.a. Sonny Side, is an American Filmmaker and Youtuber.  With his team, he strives to make their food review show the best ever.  Each episode of his show is well-researched, well-produced, and certainly witty.

Sonny’s journey from Minnesota to the rest of the world was a long one. He found that seeking bigger challenges and a better life isn’t a fixed process.

The best products start with inspired consumers. At 24, he could only marvel at travel show content. To which, his midwestern American upbringing was quite the contrast.

Over a decade later, he’s seen it all himself through his plate.

First, he moved to South Korea where he pursued teaching and did filmmaking on the side. Working for Korean Pop stars jump-started his filmmaking portfolio. It was also around this time that he decided to focus more on his health. 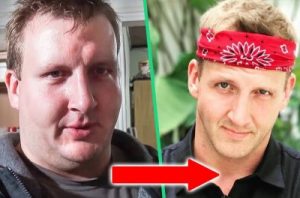 “Today is the first day of the rest of my life.”, a tired but determined Sonny declared in an old video. He gained the unhealthy weight in his early struggles to find his own path.

He went on to lose 80 pounds and document the process. His biggest career steps have yet to start. But it was already evident that he was a man of sheer functioning will.

He admits to doubting himself early into his vlogging. He has always been confident and funny on the camera. But beneath that, he struggled to find direction and identity.

He started his show in late 2015, featuring local western restaurants in South Korea. The format’s appeal was limited, and Sonny wasn’t sure where to go from there.

At this point, the show wasn’t paying any of his bills yet. He was still in deep uncertainty of the channel’s success. While he’s had thoughts of quitting, he chose to keep going.

He later moved to Vietnam to grow the channel. Shifting to travel-oriented content, he found early success in trips to the Philippines, South Korea, and Taiwan.

Winning after a cancelled TV show

For a young Youtube career of less than 20k subscribers, a TV show opportunity is a big break. How do you make the most out of what comes after that? 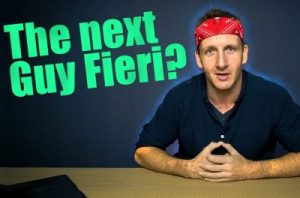 Crazy Delicious: Getting Picked Up

It was a significant break that’s right up his alley. For a small channel, his discovery was a surprising and interesting one.

The producer’s researchers found him through a listicle on travel vloggers. But he wasn’t actually on the list. Rather, on a comment where he anonymously promoted his own show.

Sometimes, you already have what it takes. But you’re simply not out there yet. You owe it to the world to introduce it to your works.

From idolizing Bizarre Foods’ Andrew Zimmern, Sonny suddenly had his own time slot alongside him. He still had plenty to figure out in his craft, though.

It’s a new environment where the production was a long, delicate process. From its conception, Crazy Delicious took a year and a half to unfold.

In Youtube, on the other hand, that timeframe is drastically different.

He got the role through anonymous self-promotion. Come the premier, he was announcing it in a well-produced video to a rapidly growing audience.

The show’s first two airings were successful and his  Youtube audiences supported him. After that, however, things didn’t go according to plan.

Despite favorable ratings, the show had to be cut short. It was unfortunate, but not necessarily tragic. When you humbly submit yourself to the process, the attitude follows.

Time is just a number when you value each moment. For Sonny, the whole experience was no failure. He has already grown in his craft by this time.

“This show and not getting picked up is one of the best things that ever happened to me. I got, basically, a masterclass on how to make some of the world’s best food and travel content – from people who make it at a very high level” – Sonny on his time in Crazy Delicious

His Youtube career goes on – something that he finds equally promising. Sonny’s main objective is to keep his channel sustainable. And that involves getting support that would augment the core vision. In the beginning, only a sole cameraman accompanied him. Now, he employs a small but agile production team. Together, Sonny and his team of experts always strive for an episode better than the last. 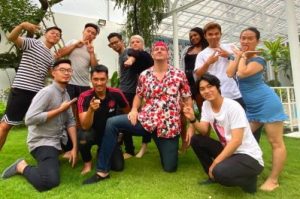 Photo by Best Ever Food Review Show from Facebook

As the show matured, it focused on more long form content. From making short reviews of food, they began telling the stories around it. This consequently added more value to their content.

He built a tightly-knit team and grew with it. Together, they cultivated a unique work environment. As a result, their production value constantly leaves viewers awestruck

Staying fit on the job

Traveling and eating sounds like many people’s dream job. And as with any job, it is important to balance one’s fitness and wellbeing.

Sonny manages to maintain the same drive that led him to lose weight. He monitors his weight strictly during trips and even  travels with a weighing scale for consistency.

On top of that, Sonny hits the weight room after a day of filming. From the rigors of his own travel routine and filming, he can even lose weight during a trip.

Honest journeys to success tend to enrich other lives in the process. As his own career grew, he has helped plenty along the way. 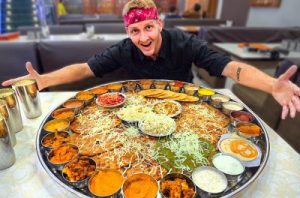 Much of the show’s audiences are avid travelers and food lovers themselves.

The show’s platform provided immense publicity to small food entrepreneurs worldwide. For most of them, it’s beyond what they could even hope for.

During the COVID 19 pandemic, they couldn’t leave Vietnam to make shows. The show turned to the local food scene as a result. This helped local businesses recover from pandemic-related losses.

Surviving the COVID 19 Pandemic as a Travel Show

The pandemic affected BEFRS similarly to the establishments they’d visit. The situation challenged them as a travel and food review show. 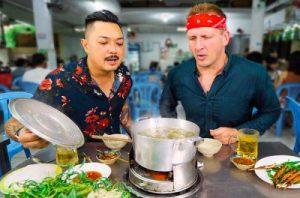 In the BEFRS headquarters tour, Sonny talked about the early pandemic situation in Vietnam.

At this point, his team has just started working remotely. Apart from the occasional camera duty, the team worked from their respective homes.

Thankfully, Vietnam’s pandemic response was one worthy of global praise. It wasn’t long until they could travel locally again.

As of April 28, 2021, they average a new video every four days since the pandemic began. And recent videos provide glimpses of how they can grow as a food show.

Where to go from here

For Sonny, the situation is both a challenge and responsibility for him as a creative. He assured viewers that they have enough content to work with.

They did not slow down with high-level production, either. Currently, they incorporate travel content with interesting local restaurant content.

This seems to be a throwback to his early beginnings. The pandemic’s constraints served as an opportunity to refine a previous format.

Incorporating everything he has learned, the show remained relevant and insightful. For years, he has spread himself out across the world. But now, he has the chance to dive deep.

They’re confident that Vietnam has enough to offer the audience. But they’re excited for the next international flight they can catch.

During any point in your journey, it’s helpful to reassess where you are. But most importantly, ask yourself: “How do I make this count?”

We can’t always control what happens tomorrow. The best you can do is maximize learning from what you have now. If anything, setbacks only guide you into your true calling.

Don’t be afraid to take on new challenges. If it doesn’t go well, you can always go back to what you already know and build on it. Your skill set is as unique as a fingerprint. Find what you can bring to the table, and change your world with it.

Why It’s Important To Mind Your Mental Health


Each week we’ll share on how to build habits, routines and practices to perform at your physical and mental best.

You may unsubscribe anytime